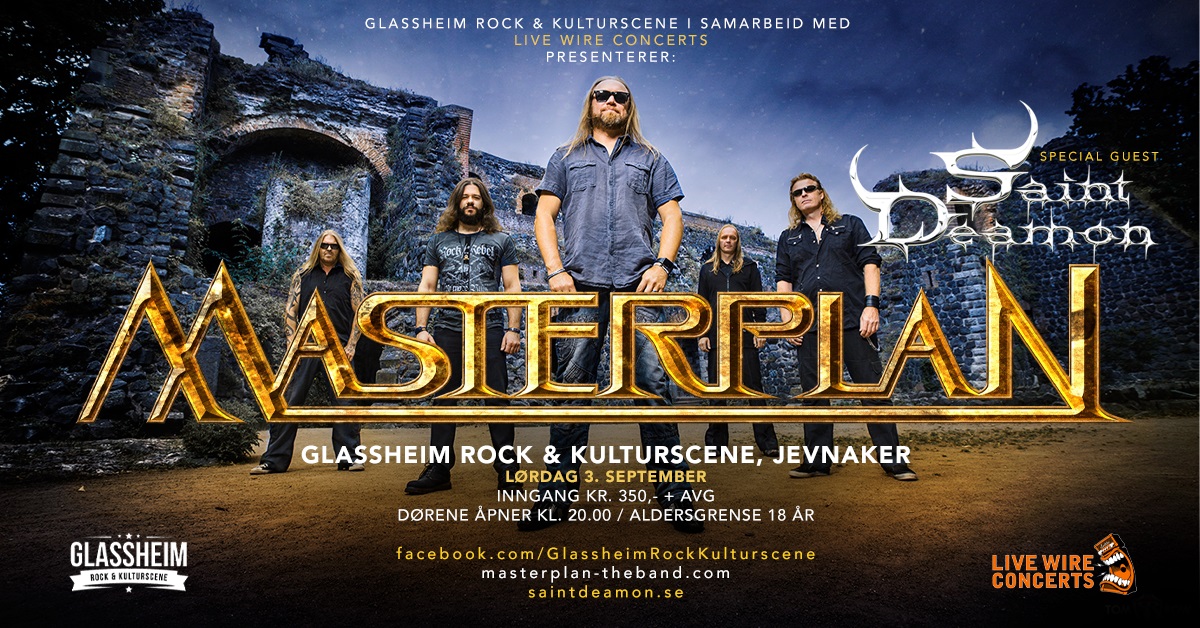 Special Guest:
Saint Demon (N/S)
www.saintdeamon.se/
www.facebook.com/saintdeamonofficial
Saint Deamon released the album ”Ghost” on August 24, 2019
It’s a comeback many didn’t see coming, but something fans have been looking forward to for a long time: The Swedish/Norwegian melodic power metal band Saint Deamon is back! Ten years after their last release, the band is finally ready with their third album.
The albums ”In Shadows Lost From The Brave” (2008) and ”Pandeammonium” (2009) were followed by extensive tours, with gigs from the North Cape to the prestigious ProgPowerUSA festival in Atlanta. After a long quiet phase, Saint Deamon is now moving strongly forward with its new drummer Alfred Fridhagen, preparing for the third album and world domination!
Entry NOK NOK 350 + tax
The doors open at 20.00 / Age limit 18 years

Scroll back to top